Police could soon be getting some extra backup camera— from their cars.

Ford Motor Co. has a new surveillance system for police cars that automatically sounds a chime, locks the doors and puts up the windows if it detects someone approaching the car from behind. The system — which Ford is patenting — is the first of its kind. 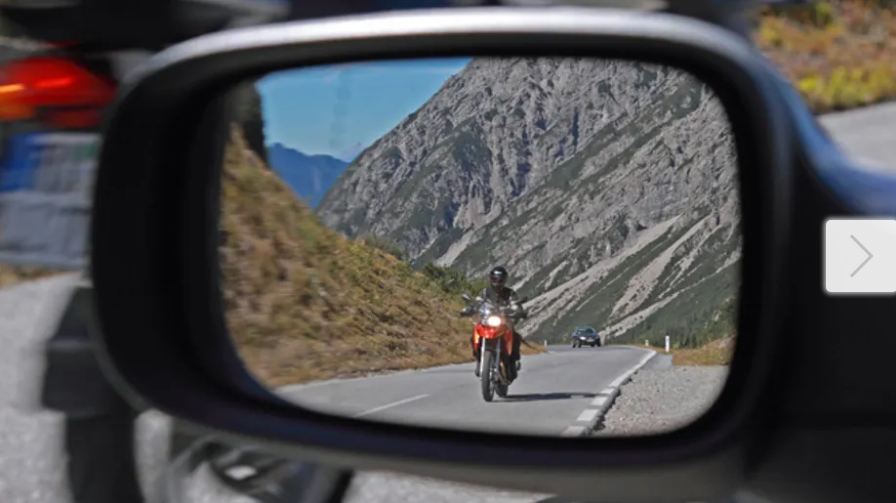 “It’s like insurance. You hope you never need it. But if you do, it gives the officer a few extra seconds of warning,” says Marc Ellison, vice president of operations at Auburn, Calif.-based InterMotive Inc., which helped Ford develop it.

Backup cameras and sensors usually only work when a car is in reverse. The new system, dubbed “Surveillance Mode,” allows an officer to use them while the car is parked. An image from the rearview camera is beamed onto the rearview mirror, so the officer can keep an eye on the rear of the car. If someone comes too close, four sensors on the rear bumper will detect them. The system works during the day and at night, when officers are often the most vulnerable. It can be turned off if officers are in high traffic areas with a lot of pedestrians.

Surveillance Mode is the brainchild of Randy Freiburger, a Ford engineer who works with police and ambulance customers to make sure the company’s vehicles are meeting their needs. He got the idea last August while accompanying Yoon Nam, a deputy with the Los Angeles County Sheriff’s Department.

Nam was asked to respond to a report of a possible drug offense in a gritty area of Compton, Calif. She told Freiburger to stay in the car and radio for help if he needed it while she went to talk to the suspect. When the suspect took off running and Nam followed him, Freiburger found himself alone, with another suspect approaching him.

Nam tried not to lose sight of Freiburger, and she radioed for help. Both suspects were eventually caught and convicted of drug crimes. But a shaken Freiburger wanted to help make police feel less vulnerable when they’re on patrol.

No one keeps track of the number of police officers killed each year in their cars, but it’s not uncommon for criminals to target officers there, says Steve Groeninger, a spokesman for the National Law Enforcement Officers Memorial Fund.

In 2011, Virginia Tech police officer Deriek Crouse was fatally shot in his parked patrol car at close range while conducting a traffic stop on campus. Earlier this year, Massachusetts Institute of Technology officer Sean Collier was also killed in his cruiser, allegedly by the suspects in the Boston Marathon bombings.

Nam, who has since been promoted to a detective, says she would often work alone when she was on patrols. When she was making traffic stops, or had a suspect detained in her vehicle, the suspect’s friends or family members would frequently approach her car. “We’re trained to look up and look around at all times, but having that extra rearview camera in the vehicle would help,” she said.

Police are already helping improve the system. Ellison says InterMotive plans an upgrade that will make the brake lights automatically come on when someone is approaching based on comments from an officer who was testing it.

No cars with the new system had been sold as of mid-July, but Ford hopes it will give police departments another reason to consider its cars.

Ford dominated the police market for decades with the Crown Victoria sedan, but it lost some sales after it discontinued the rear-wheel-drive Crown Victoria in 2011 and replaced it with all-wheel-drive police vehicles based on the Taurus sedan and Explorer SUV. Some departments that prefer rear-wheel-drive cars for their speed in chases have switched to the Dodge Charger or Chevrolet Caprice.

Spokespeople for Dodge and Chevrolet said they aren’t yet offering systems like Ford’s. None of the company’s would reveal their current share of the police car market.