These cameras not only show the way when you’re backing up, but they can save lives, make ham-fisted drivers look like parking champs and help countless motorists survive one of the scariest driving experiences — backing out of a parking space at a shopping mall during the holiday shopping season.

If only they worked as well in foul winter weather as they do on sunny days.

Subzero temperatures can distort the backup camera images shown on dashboard screens or, as some owners report, cause the system to conk out entirely — sometimes just for the first few seconds.

It doesn’t matter whether it’s an Acura, Volvo or any brand in between, owners complain in online forums that their backup cameras suffer winter blues that include blurry, foggy or dark images or faint lines across the dashboard screen during frigid temperatures. Some manufacturers say the cameras can’t handle the cold, but a Nissan spokesman said the LCD dashboard screen is to blame.

Backup cameras are available on a growing number of vehicles and are likely to be required on all new vehicles within a few years, so the complaints from disappointed owners will probably increase. 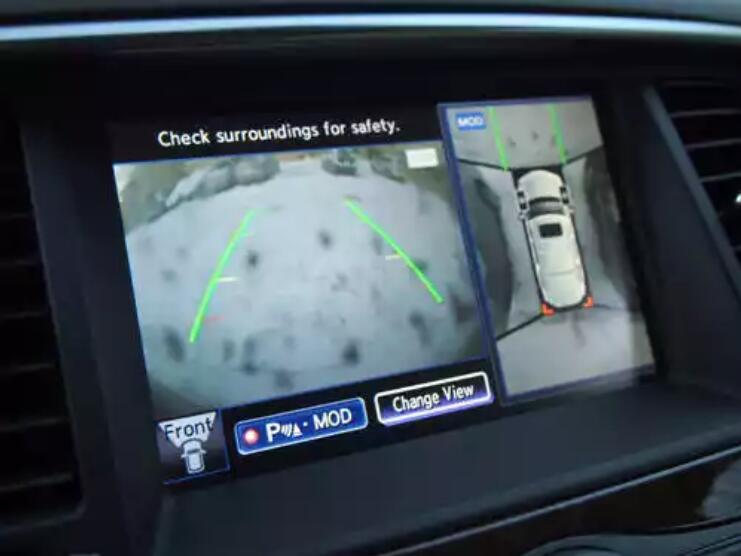 Owner forums for all major brands are filled with questions from drivers who wonder if their vehicle has a faulty camera or what they can do to prevent snow and slush from obscuring the view.

“It’s a little much to go out and clean the lens after every drive!” an Audi Q5 owner lamented in a forum.

But that is the principle cure for a slush-covered backup camera. Most manufacturers recommend cleaning the lens with a soft cloth dampened with water or a non-abrasive cleaner.

That shouldn’t be necessary if you own a version of the Nissan Altima that comes with a self-cleaning rear camera, a feature available since the 2013 model year. To keep the Altima’s camera clean, a drop of windshield wiper fluid is regularly squirted onto the camera lens. An air compressor releases a burst of air to finish the cleaning process and dry the camera.

Volkswagen has a different approach. On the Passat sedan, the rear camera is mounted inside the rear end’s VW emblem; this location protects it from the elements. The emblem pivots when the transmission is in Reverse to expose the camera lens.

David Zuby, chief research officer for Insurance Institute for Highway Safty, expects to see more such approaches to keeping rearview cameras clean in the future. There are things automakers can do to make backup cameras “less reliant on the driver to do something,” Zuby said, adding that drivers need to recognize that backup cameras will still have limitations.

“Bad weather aside, our research shows that some conditions like shadows and sunlight low on the horizon and shining right into the lens can make the images useless. The camera may be working and the lens may be clean, but there are conditions that the camera cannot overcome,” he said.

Until self-cleaning features become common, most motorists will have to keep their backup cameras clean the old-fashion way. Some vehicle owners suggest coating the camera lens with a hydrophobic fluid,  as a way to keep snow and slush from clinging to the lens. Rain-X advises to apply the fluid at more than 40 degrees Fahrenheit, however.

As auto manufacturers install rearview cameras in more vehicles, they warn buyers in the legalese buried deep inside owner’s manuals that backup cameras are designed to assist the driver, not do all the work for them.