Rearview mirrors may soon be left behind.

In the wake of the federal government’s decision to require the use of backup camera systems on all cars by 2018, automakers are now petitioning NHTSA to allow them to replace traditional side-view and rearview mirrors with rear view cameras, as well.

Currently, laws require the use of mirrors of a specific minimum size and magnification in each of the three positions they are found on cars. Automakers argue that by replacing the mirrors and their large housings with tiny external backup cameras sending a video feed to monitors inside the cabin, they can improve aerodynamics and fuel efficiency along with safety.

Prototypes of such systems have been demonstrated for several decades, but the only vehicle resembling a production car that uses them exclusively today is the futuristic $145,000 Volkswagen XL1, a super-sleek 261 mpg coupe that received a special low-volume dispensation from European regulators since only 250 of the cars scheduled to be built. It is not legal in the United States.

Nevertheless, automakers have been increasingly employing cameras in concert with mirrors. These include BMW’s front-mounted cameras designed to assist at intersections, the LaneWatch passenger side blind-spot monitor from Honda, and Nissan’s upcoming Smart rearview mirror, which projects an enhanced video feed from behind the car over the reflected image.

With prices for the rear view cameras estimated to be between $132 and $142 per car, the cost to install one or two more on the sides should not be insurmountable, especially on high-end vehicles. 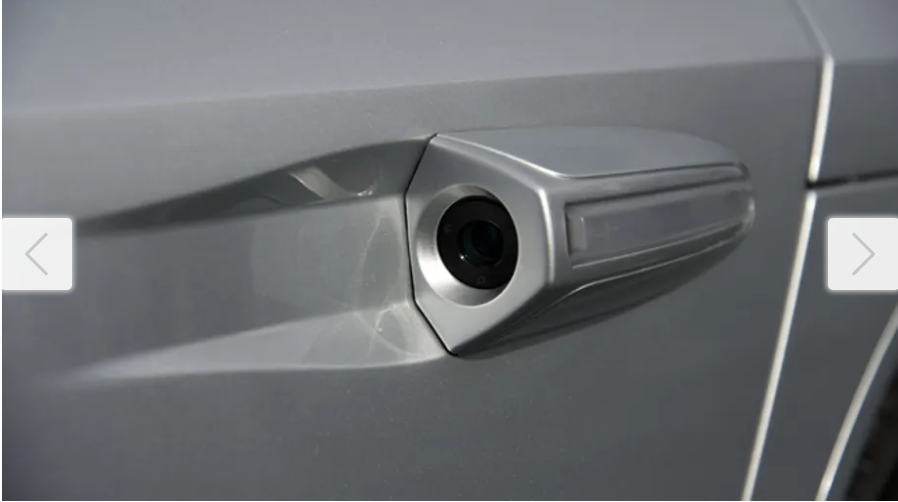 The Alliance of Automobile Manufacturers, who along with Tesla support the regulatory change, says that “it is one of our core beliefs that consumers should be in the driver’s seat when choosing which technologies they want to purchase.”